There’s a running gag on Comedy Central’s Colbert Report in which the fake-bluster, windbag host, Stephen Colbert, interviews members of Congress in a segment called “Better Know a District.” In a recent installment, Georgia representative Lynn Westmoreland was on the hot seat, and Colbert asked the congressman about his very vocal support for displaying the Ten Commandments in public buildings—courthouses and such. “Can you think of any other places where the commandments should have prominence?” asked Colbert, trying, mischievously, to press the point that there might be other sites (churches, anyone? a synagogue, perhaps?) where the Decalogue is more at home.

Westmoreland didn’t get it—he kept talking about courthouses—and so Colbert (a devout Catholic, interestingly) went for the kill: “What are the Ten Commandments, congressman?”

Not surprisingly, Westmoreland was stumped. END_OF_DOCUMENT_TOKEN_TO_BE_REPLACED

You may remember the Garrison Keillor story of why shopping at Ralph’s Pretty Good Grocery in Lake Wobegon is preferable to shopping in St. Cloud at the new Higgledy-Piggledy. Ralph’s Pretty Good Grocery has just gotten in a case of fresh cod. “Frozen, but it’s fresher than what’s been in his freezer for months. In the grocery business, you have to throw out stuff sometimes, but Ralph is Norwegian and it goes against his principles.” On the other hand, more and more people have been “sneaking off to the Higgledy-Piggledy in St. Cloud, where you find two acres of food, a meat counter a block long with huge walloping roasts and steaks big enough to choke a cow, and exotic fish lying on crushed ice.”

Keillor goes on to explain that Lake Wobegon does not run on free enterprise, which is based upon self-interest. It is run on loyalty. He goes on to say you can shop at the St. Cloud Mall instead of Lake Wobegon but the St. Cloud Mall isn’t going to come with the Rescue Squad and they aren’t going to teach your children redemption by grace. END_OF_DOCUMENT_TOKEN_TO_BE_REPLACED 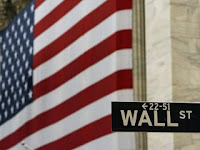 There’s nothing like money troubles—ours or someone else’s—to get our attention and hold it. To keep us up at night. To preoccupy our days and overtake all our social interactions. In fact, if you want to break the ice with a new acquaintance or fill that awkward silence with a stranger in a waiting room, on the bus, wherever—just bring up the near-collapse of the world’s financial markets. You’ll get a knowing gaze, a sympathetic nod.

It is telling that the current crisis on Wall Street has captivated our attention like nothing else in recent weeks (Sarah Palin notwithstanding). Millions have suffered and died in Darfur, and continue to do so; Haiti has been all but decimated as a country; the physical, psychological, and spiritual toll of war in Iraq is now near incalculable.

But when the banks start going under, well, that is serious business, indeed. END_OF_DOCUMENT_TOKEN_TO_BE_REPLACED 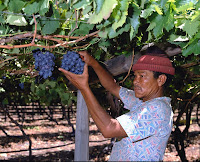 “Am I not allowed to do what I choose with what belongs to me? Or are you envious because I am generous? So the last will be first, and the first will be last.” Matthew 20:15-16

Some say that human beings are hardwired with a strong sense of what’s fair and what’s not. Maybe. But even if it’s not part of our DNA, it seems pretty clear that the resentment we feel when treated unjustly is learned early and runs deep. Ever been in a room full of toddlers when there aren’t enough toys to go around?

We don’t seem to lose that sense of personal violation and moral indignation as we get older. The toys we fight over as adults may be bigger and more sophisticated—they may even be things like careers and promotions and reputations—but we are often as petty and possessive as any preschooler in our scramble to claim what we believe is rightfully ours. END_OF_DOCUMENT_TOKEN_TO_BE_REPLACED 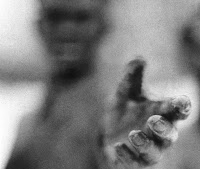 A few years ago, I was a passenger in a car that was in a minor accident in a local shopping center parking lot. Both cars, the one I was in as well as the one that sideswiped us, were traveling at an appropriate parking lot speed of about 2 mph. The collision, which put a fairly large dent in the front fender of my friend’s car and a crack in the front headlight on the other car, resulted in no injuries, no irreparable damage, and certainly no more pain and suffering than that of having to sit in the Wal-Mart parking lot for an hour in the middle of December while the police report was filed. As an adult passenger in one of the vehicles, I was, of course, asked for my license and a brief statement to corroborate the story of the two drivers. Being that it was my first real traffic accident to speak of, I had no idea what to expect after that point.

Imagine my surprise when, on each of the following three days, I arrived home from school to find my mailbox absolutely overwhelmed with offers from local law offices pandering for my business.  END_OF_DOCUMENT_TOKEN_TO_BE_REPLACED 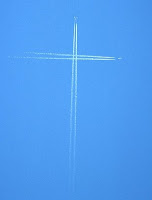 Forgive your neighbor the wrong he has done, and then your sins will be pardoned when you pray. (Sirach 28:2)

Then Peter came and said to him, “Lord, if another member of the church sins against me, how often should I forgive? As many as seven times?” Jesus said to him, “Not seven times, but, I tell you, seventy-seven times. (Matthew 18:21-22)

At a time like this—the week we recall the attacks of September 11, 2001—it is instructive to set the script of American civil piety next to the scriptures assigned for the twenty-fourth Sunday in Ordinary Time. This week we’ve been admonished by politicians and others to “remember and never forget” that terrible day seven years ago. This Sunday Jesus will tell us (again) that forgiveness is the required response to those who sin against us. END_OF_DOCUMENT_TOKEN_TO_BE_REPLACED

I’m a political junkie. And like many addicts, I’ve been bingeing lately, and I’m not proud of it. I know better (as most junkies do), but I can’t seem to help myself. Two weeks of convention hoopla—spin and jive, sentiment and spectacle, smugness and sarcasm—have left me more hopeless than ever about the state of political discourse in the United States of America.

Where’s the maturity and civility and humility? Where’s the courage to cast our political, economic, and moral challenges in the nuanced ways they require? Why are we afraid of complexity, subtlety, complicated truth? And perhaps most distressing: Why are we so hostile to one another? END_OF_DOCUMENT_TOKEN_TO_BE_REPLACED

Months ago, at the beginning of the presidential rutting season, I reflected here on the comment of a Jewish friend of mine, who said he never felt more alien in the United States than at Christmas. I’m nearly with him on that, seeing how far the consumer capitalist Winter Holiday runs from the appalling mystery of the Incarnation. Yet it’s hard to blame this culture and economy from avoiding that unprofitable Jesus business which, in the words of the late great British sitcom, Blackadder, “always spoils the Xmas atmos.” We may still call it Christ-mas, but Yuletide in America makes us all anonymous pagans. END_OF_DOCUMENT_TOKEN_TO_BE_REPLACED

A good friend who teaches Theology at a seminary in another part of the country likes occasionally to begin his new classes with the pronouncement that “God is useless.” As you might expect, this assertion is usually not well received by the pious young women and men on the other side of the lectern, who find it shocking, offensive, and even blasphemous. My friend anticipates these reactions, of course, and I suspect he enjoys his students’ outrage (All of us professors have a bit of the ham-provocateur in us.). But he does not assert God’s uselessness simply for the shock value. The claim that God is “useless” is among the most important truths of Christian faith, and one of the central messages of this morning’s Old Testament lesson. END_OF_DOCUMENT_TOKEN_TO_BE_REPLACED

“For as in absolute governments the king is law, so in free countries the law ought to be king; and there ought to be no other.” – Thomas Paine, 1776

“But the midwives feared God; they did not do as the king of Egypt commanded them.”- Exodus 1:17

In a class I used to teach called “Women and the Bible” my students and I would examine the Exodus story of the Hebrew midwives, Shiphrah and Puah, as one in a long line of narratives about female tricksters. Through their wily and inventive ways, these women and others like them (Rebekah, Tamar, Rahab, Michal) carry out the purposes of Yahweh and extend the fortunes of Israel. They may not possess any real authority in the patriarchal world they inhabit but these clever women do wield remarkable power. END_OF_DOCUMENT_TOKEN_TO_BE_REPLACED