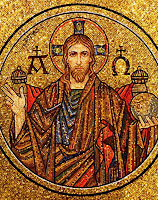 In view of this Sunday’s focus on the reign of Christ, I find some words from Archbishop Oscar Romero to be appropriate:

“The human race of the twentieth century
has climbed to the moon,
has uncovered the secret of the atom,
and what else may it not discover?

The Lord’s command is fulfilled:
Subdue the earth!
But the absolute human dominion over the earth
Will be what is proclaimed today:
bringing all things of heaven and earth together
in Christ. END_OF_DOCUMENT_TOKEN_TO_BE_REPLACED

This week the Jesuit Catholic magazine, America, posted video clips of US soldiers talking about conscience in the military. Pacifist and just war Christians respectively should support both conscientious objection and selective conscientious objection. While the former is legally recognized in the US at this time, the latter ought to be also, especially if such a stance is rooted in deeply held theological and philosophical beliefs and practices, too.

Thinking about this today reminded me that October 30th is the Feast of Saint Marcellus, who was martyred on this date in 298 C.E. for refusing to continue to serve in Caesar’s army. Marcellus was a centurion, or captain, in the Roman legion of Trajan, which was stationed at Tangier in North Africa at the time. During the celebration of the emperor’s birthday by the soldiers, Marcellus stood up and declared in front of the company, “I serve Jesus Christ the everlasting King.” In addition to his confession of faith, Marcellus cast aside his soldier’s belt, with its sword, and his staff, which was a sign of his authority as a centurion. “With this,” he added, “I cease to serve your emperors, and I disdain to worship your wooden and stone gods, who are deaf and dumb idols.” END_OF_DOCUMENT_TOKEN_TO_BE_REPLACED

In my “Poverty, Wealth, and Justice” course, students still read Jonathan Kozol’s 1995 bestseller, Amazing Grace: The Lives of Children and the Conscience of a Nation, which includes the author’s interviews with children in Mott Haven, one of the poorest neighborhoods in the South Bronx. It is striking how many of these kids bring up theology in their reflections, including David: “’Evil exists,’ he says, not flinching at the word. ‘I believe that what the rich have done to the poor people in this city is something that a preacher could call evil. Somebody has power. Pretending that they don’t so they don’t need to use it to help people—that is my idea of evil’” (23). Nearly a decade-and-a-half later, according to 2009 census data, one in five children in the U.S. continue to struggle below the poverty line. At the same time, New York Times op-ed writer Paul Krugman observes how America’s rich are raging about having to pay taxes, because “a belligerent sense of entitlement has taken hold: it’s their money, and they have the right to keep it.” If any of these wealthy Americans also consider themselves to be Christians, this attitude stands in stark contrast to the theological meaning of the offering during Christian worship, which reminds us that all we are and all we have is from God—and that we are called to be good stewards, for the sake of others, of what we have. END_OF_DOCUMENT_TOKEN_TO_BE_REPLACED 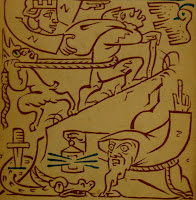 When I was a child, getting “grounded” was a form of discipline imposed on me by my parents. From my perspective then, it was something to try to avoid. However, both the book of Sirach (which Jesus, son of Eleazar, says was written by his grandfather Jesus Ben Sira) and the Gospel of Luke emphasize the importance of being “grounded,” though admittedly in another sense of the word. That is, as New Testament scholar Barbara E. Reid, O.P. has noted, these two readings convey proverbial wisdom about the virtue of humility, which is “earthy” or “grounded” wisdom (humility is derived from the Latin humilis, which is derived from humus). During dinner at the house of “a leader of the Pharisees,” Jesus noted the seating arrangements whereby persons occupied “the places of honor, which is the opposite of what they ought to do. “But when you are invited, go and sit down at the lowest place…. For all who exalt themselves will be humbled, and those who humble themselves will be exalted” (14:10-11). Here Jesus echoes Sirach, “The greater you are, the more you must humble yourself…” (3:18). Rather than endeavoring to climb the social ladder by sitting with people of higher status, it is better to be grounded by spending time with “the poor, the crippled, the lame, and the blind” (14:13), seeing from their perspective and identifying with them. END_OF_DOCUMENT_TOKEN_TO_BE_REPLACED

The processional hymn for my wedding eight years ago was “Gather Us In,” written by Saint Louis Jesuit Marty Haugen. It’s always been a favorite for my wife and me. “Gather us in, the lost and forsaken; gather us in, the blind and the lame.”

E pluribus unum (“out of many, one”) originally was a central theme of the Hebrew Scriptures and the Christian New Testament. According to scholar Gerhard Lohfink, the “gathering” of the scattered is a key biblical term for the event of salvation. As Depaul University theologian William T. Cavanaugh puts it, “Salvation in the Old Testament is not about individuals trying to gain admittance to a place called heaven after death; it is about gathering people in communion, thereby restoring the good creation that sin and violence have torn apart…, [and the] theme of gathering does not change in the New Testament; the only change is that the promises of the Old Testament are said to be fulfilled in Jesus Christ.” END_OF_DOCUMENT_TOKEN_TO_BE_REPLACED