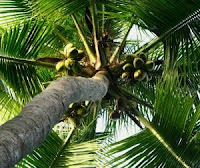 In her wonderful autobiography An American Childhood, Annie Dillard fondly recalls her Sunday School days in her parents’ mainline Protestant church. She notes of her introduction to the Bible, “The Bible’s was an unlikely, movie-set world alongside our world. Light-shot and translucent in the pallid Sunday-school watercolors on the walls, stormy and opaque in the dense and staggering texts they read us placidly, week after week, this world interleaved our waking world like a dream.” END_OF_DOCUMENT_TOKEN_TO_BE_REPLACED

In Canto I of Dante’s Purgatorio (the second of three volumes of the Divine Comedy), Dante and his guide Virgil climb from the depths of hell to emerge tired and dirty on the shores of the island of the Mountain of Purgation. They are immediately confronted by the appointed guardian of the island, the Roman orator Cato of Utica (d. 46 BCE), who demands they give an account of themselves.

Dante is shocked by their interlocutor, not because of his question, but because he is there at all; END_OF_DOCUMENT_TOKEN_TO_BE_REPLACED

The excitement, celebration, and anticipatory hope for change attending the election of Barack Obama to the presidency of the United States has in recent weeks been replaced in the public eye by another image – that of bankers, brokers, and corporate executives sitting before members of Congress and the mass media warning us in language reminiscent of Revelation 6 that the world is on the verge of collapse and that unless the American people, via our faithful servants in Congress, give them hundreds of billions of dollars, we face the imminent specter of horsemen bearing war, famine, pestilence, and death. END_OF_DOCUMENT_TOKEN_TO_BE_REPLACED 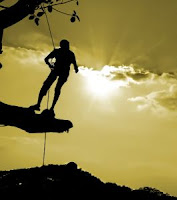 Mostly, I do pretty well in that regard. I have learned to distinguish rational from irrational worries, worries I can control from those I cannot. I remind myself that this is usually familiar territory, and that whatever I happen to be worrying about at a given time will eventually fade away. END_OF_DOCUMENT_TOKEN_TO_BE_REPLACED

A good friend who teaches Theology at a seminary in another part of the country likes occasionally to begin his new classes with the pronouncement that “God is useless.” As you might expect, this assertion is usually not well received by the pious young women and men on the other side of the lectern, who find it shocking, offensive, and even blasphemous. My friend anticipates these reactions, of course, and I suspect he enjoys his students’ outrage (All of us professors have a bit of the ham-provocateur in us.). But he does not assert God’s uselessness simply for the shock value. The claim that God is “useless” is among the most important truths of Christian faith, and one of the central messages of this morning’s Old Testament lesson. END_OF_DOCUMENT_TOKEN_TO_BE_REPLACED